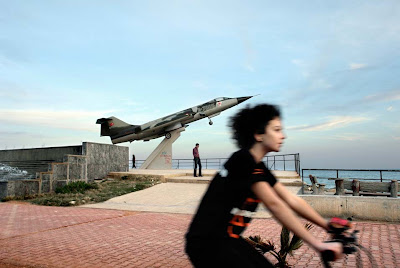 I am delighted to have been chosen to exhibit at this years New Photography 2011 show at MoMA.

"Whether using an appropriative practice like Zhang Dali, analog forms of communication like Moyra Davey, the documentary approach of George Georgiou, conventions of portraiture like Deana Lawson, web-based images like Doug Rickard, or Viviane Sassen's self-reflective analysis, each of the artists in New Photography 2011 has his or her own individual means of addressing issues relevant to the world today," says Mr. Leers.

Zhang Dali (Chinese, b. 1963) began his project, A Second History, in 2003 and continues it into the present. For this work, Dali analyzes photographs that were manipulated for use as propaganda under Mao Tse Tung’s Communist regime. Acting as an archivist, he juxtaposes original source materials from Chinese archives and periodicals with the altered images used to spur the Communist revolution. Seen side by side, the images reveal the meticulousness of Maoist censors who retouched, colored, and drastically changed the photographs, often adding or removing entire figures from the frame.

In his most recent series A New American Picture, Doug Rickard (American, b. 1968) explores the ground-level geography of urban areas across the country using Google Street View, taking photographs of the Street View images on his home computer that he finds the most captivating. He focuses on geographic areas where unemployment, crime, drug use, and lack of educational opportunities are prevalent. The resulting photographs document the blurred faces of people and crumbling cities as captured by the Google lens, and explore issues of poverty, raceequity, and personal privacy.

Viviane Sassen (Dutch, b. 1972) was born in Amsterdam, but spent formative childhood years living in Kenya, which has influenced her work as a photographer. Upon her family’s return to the Netherlands, Sassen felt like a foreigner in her homeland, but knew that she had been an outsider in Africa as well. Her latest series, Parasomnia, animates these feelings, and was made in intentionally unidentified African countries with anonymous, faceless subjects. Sassen’s surreal pictures provide a glimpse into her psyche, and invite viewers to follow her journey through the mysterious remnants of her dreams and memories.


Moyra Davey (Canadian, b. 1958) often uses the postal service as part of her artistic practice. She creates photographs with analog materials that are increasingly rare in today’s digital era, and then folds those photographs into an envelope shape to be mailed to friends. Davey later recoups the photographs and exhibits them in pinned-up grids, complete with the stamps and addresses obtained en route. For New Photography 2011, Davey has created a new mailer piece: The Coffee Shop, The Library. Photographing at The Museum of Modern Art and incorporating images of New York Public Library branches and iconic coffee shop images by Bruce Davidson and Saul Leiter, Davey meditates on creativity and the places in which it occurs.


Deana Lawson (American, b. 1979) explores issues of intimacy, sexuality, and community in her portraits of people made in their homes and personal environments. Lawson refers to her subjects, nearly all of whom are strangers, as “her family.” Although she is not related to them by blood, her connection to them is palpable. Her large-scale portraits featured in New Photography 2011 are both intimate and confrontational; museum visitors are invited into Lawson’s world, but strictly as spectators.

George Georgiou (British, b. 1961) has photographed extensively in Eastern Europe and Turkey over the course of a decade, having lived and worked in Istanbul for the past five years. Georgiou’s series Fault Lines looks at modern-day Turkey as it negotiates its traditions and landscape amid the oncoming wave of development and Westernization and the notion of East/West. Following recent elections and the country’s ongoing talks of joining the European Union, Turkey now finds itself at a political and social crossroads. Georgiou follows the path this former imperial empire is forging in its search for a 21st-century identity.
Posted by InTransit at Thursday, August 18, 2011 1 comment:

Email ThisBlogThis!Share to TwitterShare to FacebookShare to Pinterest
Labels: Exhibitions

The bus shelters run from Mornington Cresent, through Camden Town to Chalk Farm station in London.
There was also a 6 screen installation in the Collective gallery, showing alongside  work by Mimi Molica.
The screens were pretty much a try out, to see how they worked together. The photos changed to quickly, and I now have a much better idea of how I will present this work in the future. 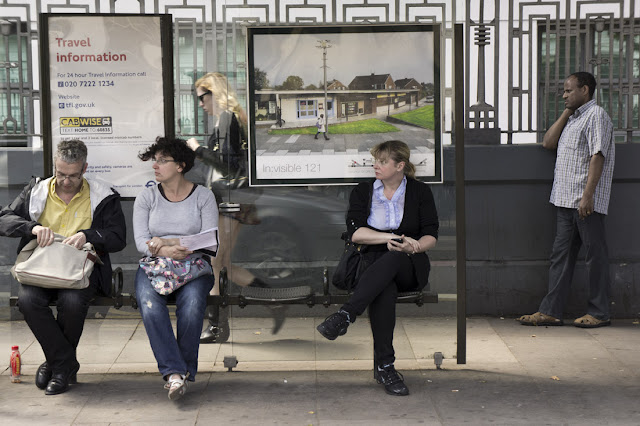 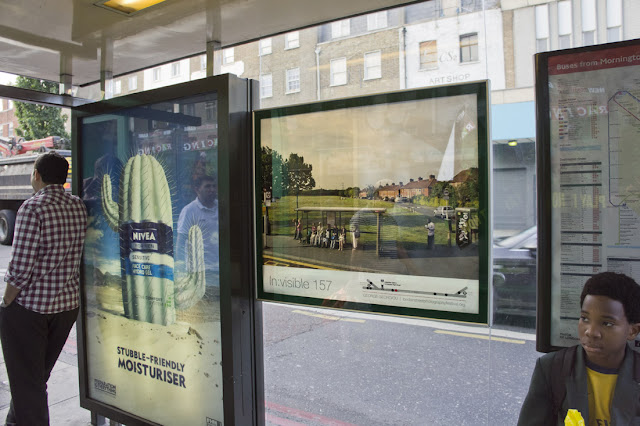 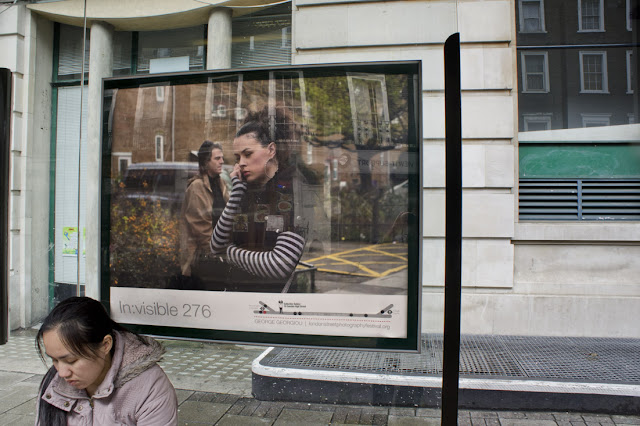 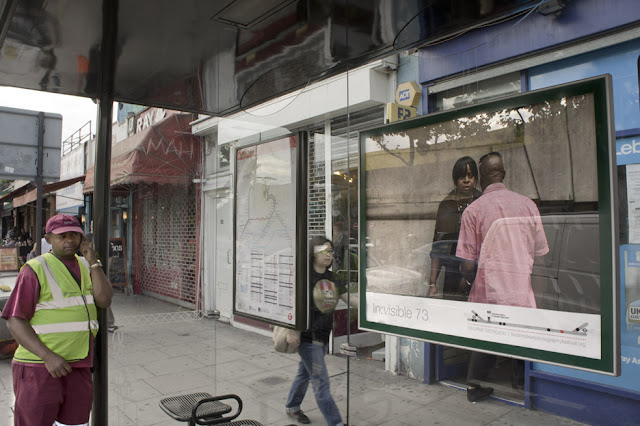 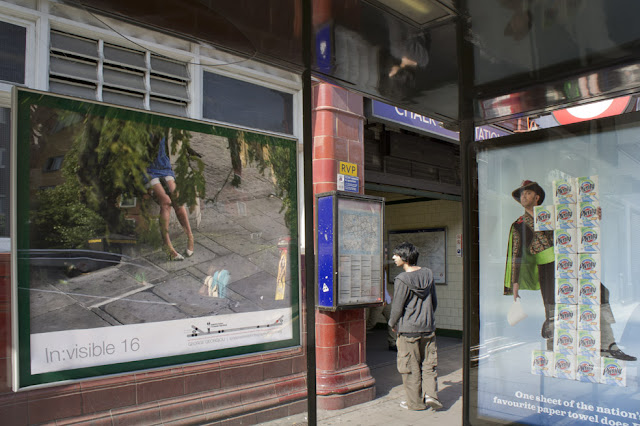 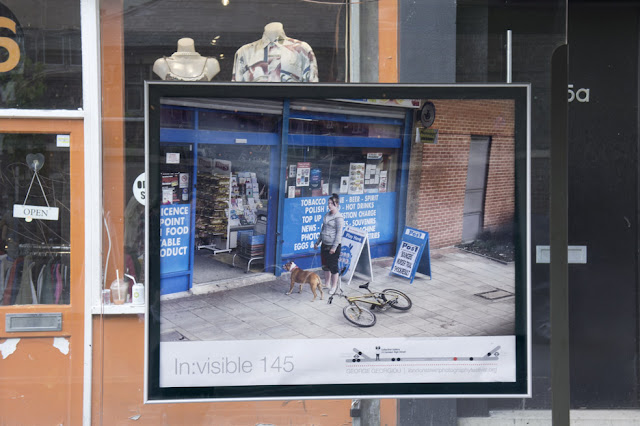 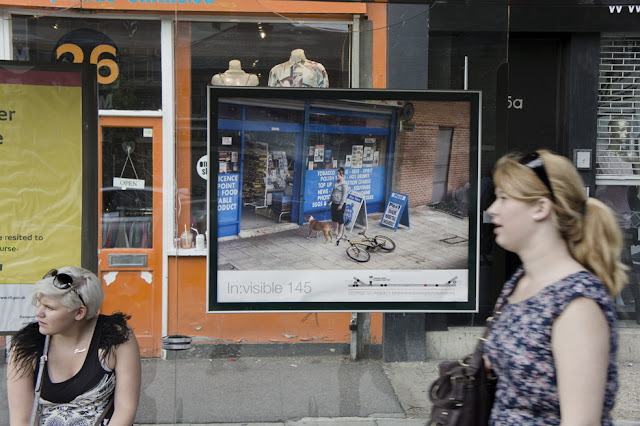 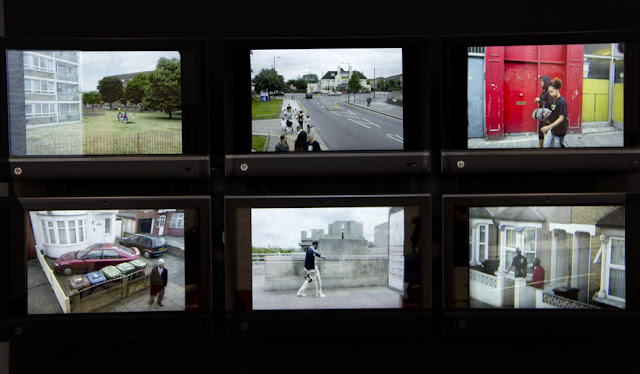 Posted by InTransit at Thursday, August 04, 2011 No comments: