Last March I was assigned by AFAR, a San Francisco travel magazine to go to Jerusalem to do a story on Jerusalem stone. The assignment was a mix of portraits of architects, architectural landscapes and travel.
I did a small interview for the website A Photo editor, reproduced below or here. 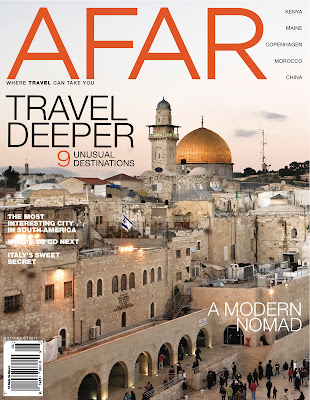 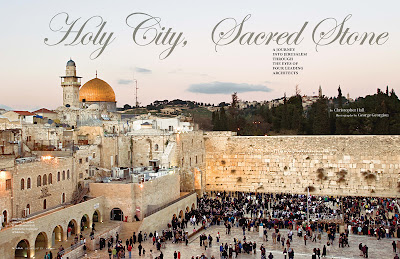 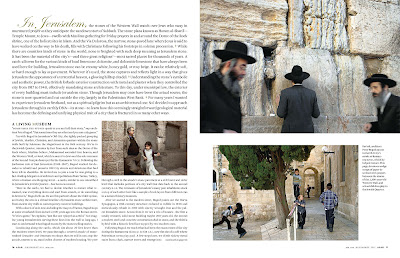 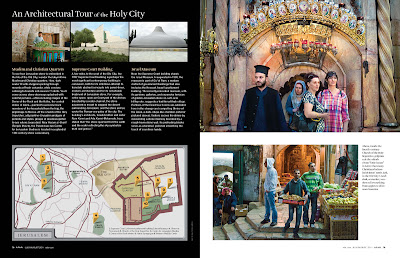 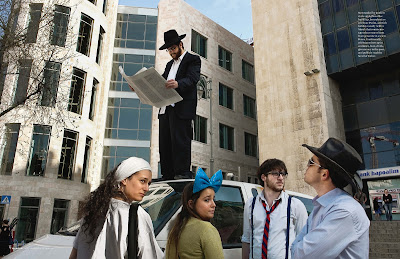 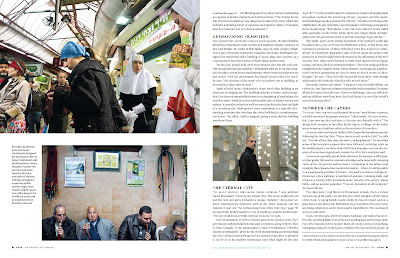 Note: Content for The Daily Edit is found on the newsstands. Submissions are not accepted.

Heidi: Are you shooting a lot of travel now?

George: I don’t often shoot travel assignments, the last time I was in Jerusalem was during the beginning of  the 2nd intifada, when the City was very tense with a lot of clashes. So it was great to see the city relaxed,  with all the tourist returning and Arabs and Jews moving in each others areas without fear.

I know this was shot during Purim, how much of a gathering collected to listen and watch? Where the streets bustling and were people responsive to you taking photos?

I had arrived in Jerusalem around 5 in the morning and was staying in East Jerusalem, the Arabic side.  I got up around noon and decide to walk around the City to get a feel of the place, I had no idea it was Purim until  I started to notice a few people dressed up. I headed towards the city center in West Jerusalem, which was full of people  dressed up and generally partying and having fun. Shooting was easy, as is usually the case when people are celebrating.

Where were you to take this opening image?

I knew fairly early on that an image of the Western Wall and the Dome of the Rock would be perfect as both  are unmistakably symbols of Jerusalem and illustrated the main theme of the feature, Jerusalem stone through the ages.  I walk around trying to get onto as many rooftops as possible to find the right angle and light, in the end I took this image  from a spot that is accessible and popular with tourists. The photograph was taken at the beginning of the Sabbath on the Friday evening, just as the sun is starting to set and the floodlights are switched on. During the Sabbath, photography is not permitted by the western wall, so it was a perfect time to step back and make a landscape. I managed to get to this vantage point just before the tourists, by the time I left there were rows of people waiting to get to a glimpse of this view.

by HEIDI VOLPE
Posted by InTransit at Saturday, September 17, 2011 No comments:

A truly inspirational photographer who has consistently made great work throughout his life, that in his own words is "lovingly critical"

Conversations with Goldblatt from Leonie Marinovich on Vimeo.

Posted by InTransit at Saturday, September 10, 2011 No comments: