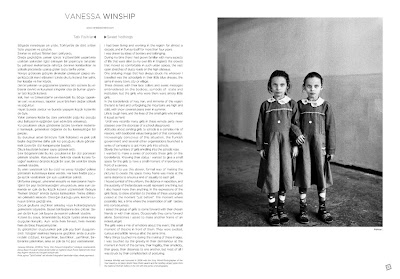 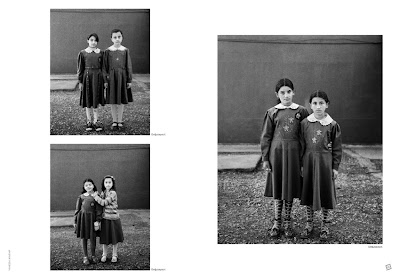 The final 2 portfolio are Vanessa Winship's "Sweet nothings" series and a selection of work from Dutch photographer, Hellen Van Meene

The photograph was taken in my fathers village in Northern Cyprus after the border was open. 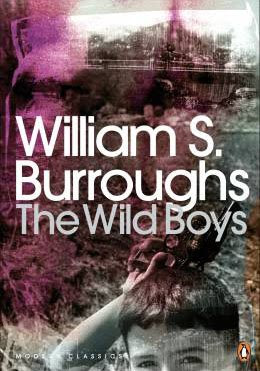 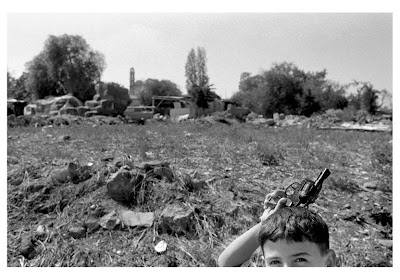 I have spent the last week going through some of my work from Kosovo and Serbia and distributing it to the agencies I work with.
One of the observations I made when I was living in Serbia was that throughout all the conflicts the Serbs had, it was surprising to see the peaceful and respectful relationship they had with their Roma population, specially in comparison with much of Eastern Europe. Obviously, this was of no interest to any news media at the time and even less now. 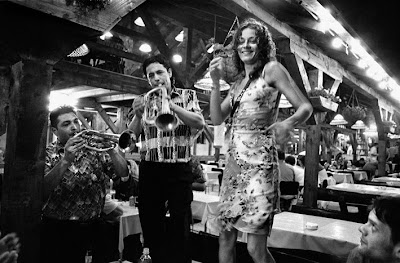 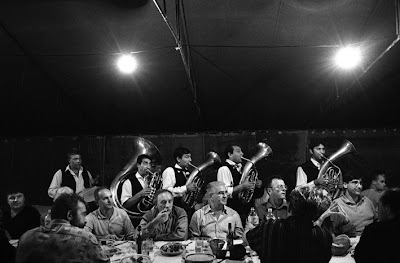 The principal music festival in Serbia is The Guca trumpet festival, which is the largest indigenous folk festival in Europe. It brings together Serb and Roma musicians and in many ways Roma music is embedded into the Serbian identity. Rarely does a celebration not involve a Roma band.

Below is an image from the Zastava car factory in the central town of Kragujevac. A large number of Roma worked at the factory, which finally closed down last year. The last image was also taken in Kragujevac, and is at Gypsy Ball held in the main hotel. 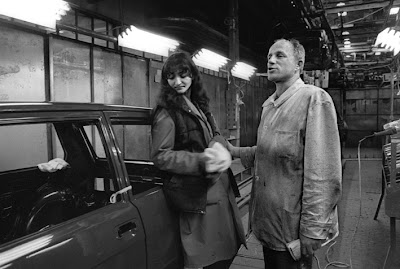 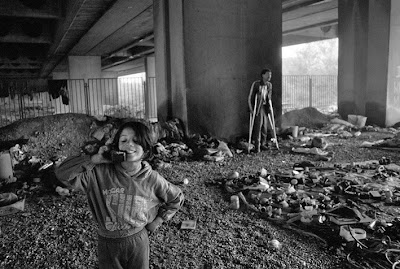 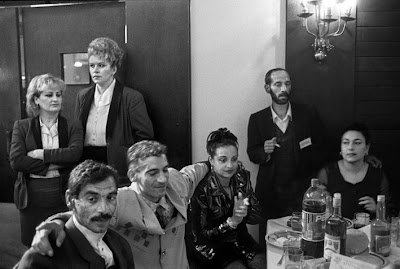 Posted by InTransit at Thursday, March 26, 2009 No comments:

We were pleased that Pieter Hugo agreed to allow us to publish
his new work form Nigeria "Nollywood".
In the Nollywood series, Hugo explores the multilayered reality of
the Nigerian film industry. Nollywood is the third largest film
industry in the world, releasing between 500 and 1 000 movies each year.
In his travels through West Africa, Hugo became increasingly intrigued by this hyperactive industry, in constant production. He has created a series of portraits that play on the blur between reality and fiction by taking the actors off the set and asking them to recreate the stereotypical myths and symbols that characterise Nollywood productions. 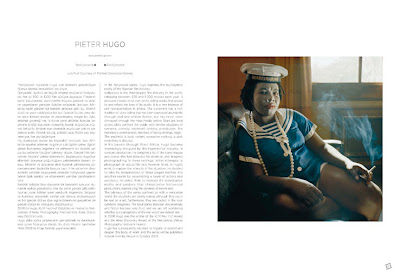 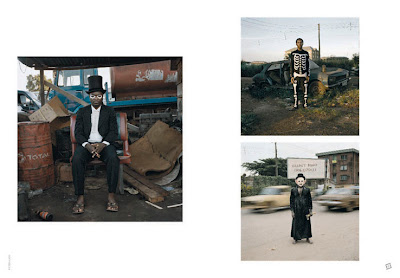 I first saw Jan Banning's images from Bureaucratics, when I was in the Panos offices a few years back and they had just received his Bureaucratics from India. I remember thinking how such a simple idea had so wonderfully captured an aspect of India. This project developed into a book.
"This project hones in on the typically anonymous civil servant who, anywhere in the world, makes up a small cog in the gigantic machinery of the state. Jan Banning and writer Will Tinnemans photographed and interviewed approximately 250 civil servants in eight countries: Bolivia, China, France, India, Liberia, Russia, Yemen, and the United States."
The Dutch version of the book can be bought here 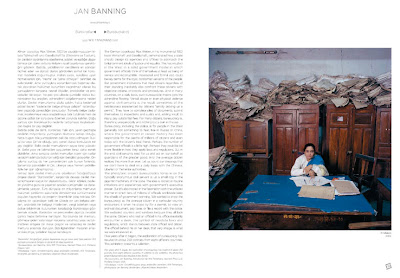 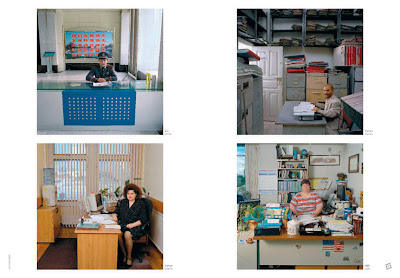 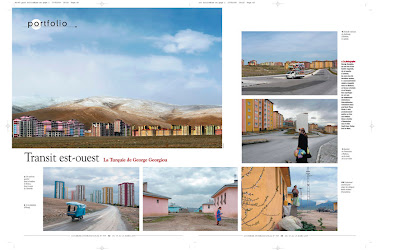 Courrier International in France published my Turkey portfolio this week.
I feel they did a good job with the layout and managed to get a sense of the project within the confines of a limited space. 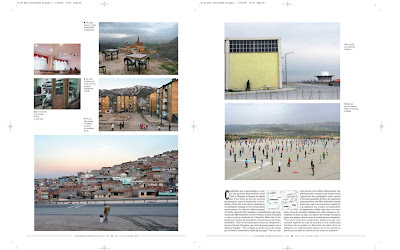 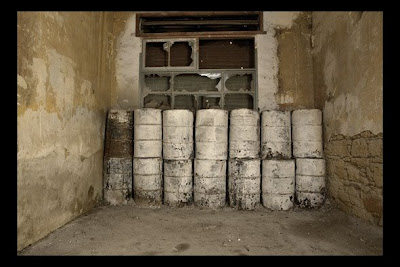 The British Council's "Close to Home " exhibition arrived at it's final destination last week in Cyprus after a year long tour of South Eastern Europe .
I was invited to the opening as the "Cypriot" artist and made a presentation of the "Fault Lines: Turkey" work in both the North and South of Nicosia. What was interesting for me was the positive response of the Turkish Cypriots to my work, in particular the Fault Lines project. They really engaged and understood the images and issues I was exploring in this work.
On the final afternoon I had the good fortune to find a building along the Greek side of the Green line that wasn't being guarded. It led to a series of buildings running along the green line with these fortified bunkers. After 30 years of impasse the cleanly swept rooms really symbolise this slow burning division. 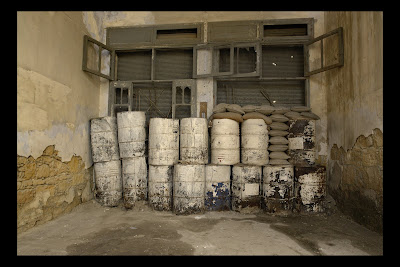 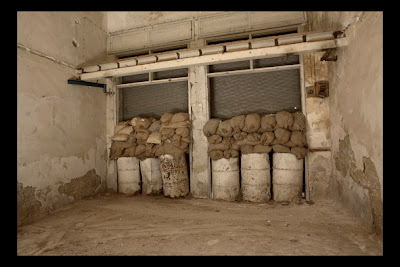 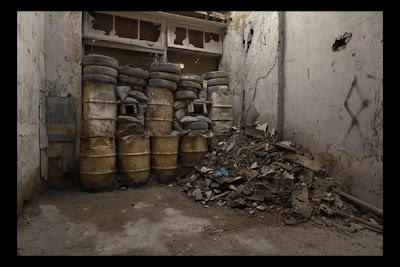 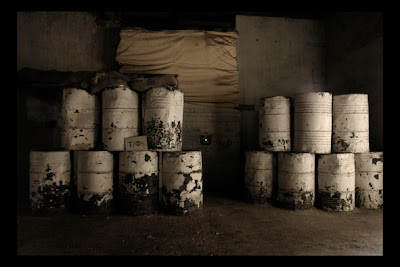 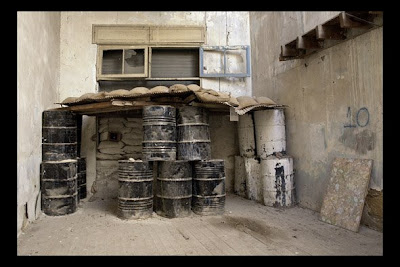 Email ThisBlogThis!Share to TwitterShare to FacebookShare to Pinterest
Labels: Close to Home, Cyprus 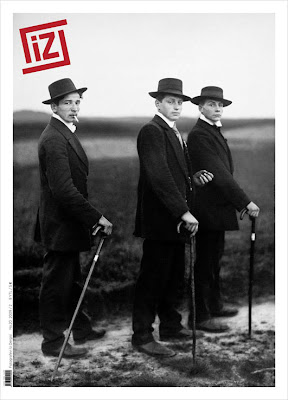 IZ is a Bi monthly Photographic magazine published in Istanbul by Fotografevi, mostly presenting documentary portfolios, both historical to the contemporary. Over the last 3 years IZ has featured and introduced to a Turkish audience a number of photographers from VII, Magnum, Panos,
and other.
For the March/April issue, Vanessa Winship and myself were invited to guest edit IZ and produce a Portrait issue. We wanted to emphasis work that doesn't attempt to sit in one genre but moves between documentary, portraiture and fine art. Unfortunately the magazine doesn't have a website and is only available in Turkey. I will show a few of the page layouts here in the next week. On this post we have August Sander, (above), who needs no introduction. 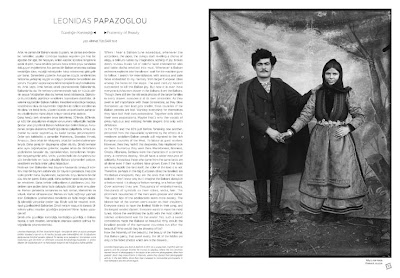 A great discovery during our time in the Balkans was the photography of Leonidas Papazoglou (below). Born in Kastoria, Greece during the final years of the Ottoman empire, Papazoglou worked as a photographer in Kastoria and the surrounding region from the late 1890's until his untimely death in 1918 at the age of 46. His stunning portraits capture the centuries-old multiethnic and multicultural character of an area where Greeks, Turks, Jews, Turks and Albanians coexist with Slav-speaking native people, as the Ottoman Empire goes through the last phase of its existence. I would like to thank Mr George Golobias, who discovered, restored and owns the collection and the Thessaloniki Museum of Photography for publishing the book, Leonidas Papazoglou: Portraits from Kastoria at the time of the Macedonian struggle.
More images here. 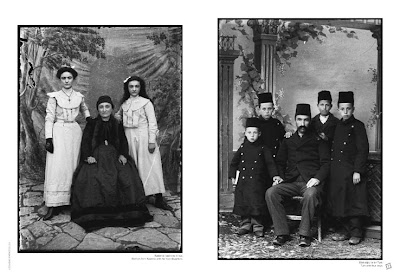 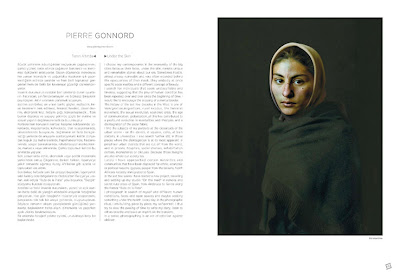 The Second photographer is Pierre Gonnord, we saw his work for the first time, exhibited at Arles last year. Without a doubt this was one of the highlights of the festival. Here is a snippet from his own introduction of his work.
I choose my contemporaries in the anonymity of the big cities because their
faces, under the skin, narrate unique and remarkable stories about our era.
Sometimes hostile, almost always vulnerable and very often wounded behind
the opaqueness of their mask, they embody at once specific social realities
and a different concept of beauty.

I search for individuals that seem unclassifiable and timeless, suggesting that the play of human condition has been repeated over and over since the beginning of time. I would like to encourage the crossing of a mental border. 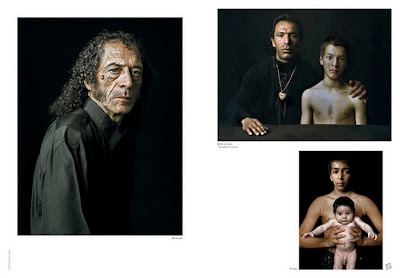 Deep Sleep is a quarterly online photography magazine founded
by and featuring work from a small group who share the same office
space in Shoreditch, East London. Each issue will be on a theme and
guest contributors will be invited to submit images on that theme.
For the first issue, "Invisible', Vanessa Winship, Wang Wei and myself
are the guests alongside the office boys, Ian Teh, Ben Smith, James Harris,
Martin Scott-Jupp and Sam Baguley.
Submissions are welcome for the next issue: Aliens. deadline 1st may 2009.
Posted by InTransit at Friday, March 06, 2009 No comments: