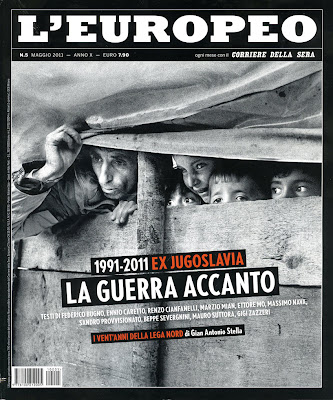 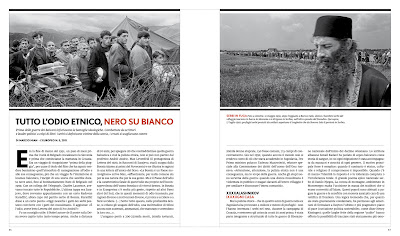 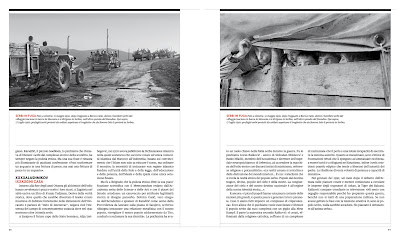 I will be taking a 5 day shooting workshop in London in July as part of the London Street photography Festival. 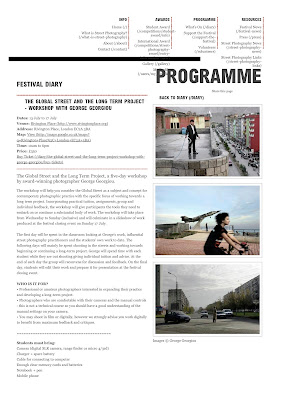 Email ThisBlogThis!Share to TwitterShare to FacebookShare to Pinterest
Labels: Workshop

I am shocked to hear that the Side Gallery in Newcastle has lost all it's Arts
Council funding. As the only gallery in the UK that has supported and shown documentary photography for over 35 years, the gallery needs as many people to write in, offering support of their unique and valuable role in British documentary photography.
All the info about the Art councils reasons and Sides counter arguments can be found on the Side website
There is a petition that I encourage everyone to sign. The local MP's in the North East of England have join the campaign to try to save the galleries funding by questioning it in the House of Commons.
I have a strong affection for the gallery and the cooperative, Amber, that run it. They are the only gallery in the UK to have given me a solo show, and not only once but twice.
I showed Between the Lines in 2002 and Fault Lines in 2010.
Today I was at the Victoria and Albert Museum to see the Figures and Fiction, Contemporary South African Photography, and also went to the permanent gallery space, where they were showing a collection of photographs by the truely amazing, David Goldbaltt from their collection. The work was originally organised and shown in the UK by the Side Gallery, who then toured the exhibition around the UK. When the exhibition ended David donated the prints to the V&A.
This is one of many cases of both photographers and their work that they have supported over the years, I made a previous post about the great posters they have from previous exhibition that can be viewed here. 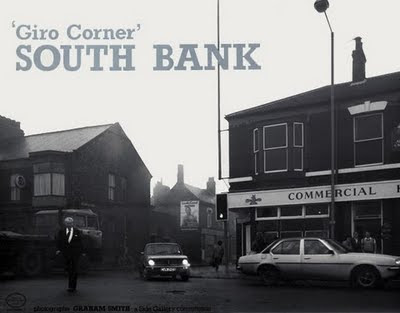 In the  spring of 2010, they exhibited Tim Hetherington's striking photographs of the civil war in Liberia, taken from his first book Long Story Bit by Bit – Liberia Retold.
As a tribute to Tim, I would like to post this link to the talk he did at Side at the time of the opening.
Posted by InTransit at Sunday, May 15, 2011 1 comment:

Email ThisBlogThis!Share to TwitterShare to FacebookShare to Pinterest
Labels: Side Gallery

A few weeks ago I shot a feature for Russian Reporter on Leicester, the 10th largest city in the UK.
The story was based on the  prediction that Leicester will become the first city in the UK with a non-white majority. I was free to explore and interpret this story as I saw it. 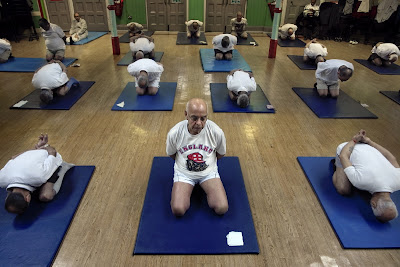 I've never been to Leicester before and apart from my London project, "Invisible", I haven't shot a story in the UK for years.

One of the first things that you realise is that Leicester is not London. Statistics are interesting but can also be misleading.
London is a truly multicultural city, and I soon realised that the population of Leicester is roughly similar to individual boroughs in London and there are a number of London boroughs that are less than 50% white.
So, if I move around my area of London, I see pretty much every corner of the world represented, not only that, but people are living almost on top of each other. My "Invisible" project addresses some of the issues of how we occupy and share a space. More on this in a couple of months, I am in the process of finishing this work and have a preview exhibition/installation lined up for July in London. 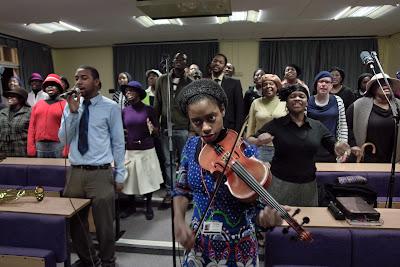 What I found in Leicester, is a city that is very proud of it's status as a successful multicultural city. It has become an official and unofficial line, with almost everyone singing to  the same tune. The psychology of this is interesting, in the same way that negative stories repeated start to reinforce believes and behaviour, in Leicester the spin is one of pride of it's multicultural status. 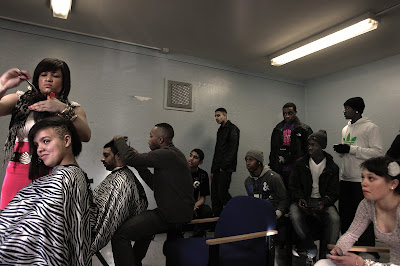 What I observed in Leicester was that although the workplace, business and the city centre were multicultural, the residential areas were fairly segregated, the East and North mainly non white and the South and West mostly white. Also on a social level people seemed to keep to their own kind or tribe,  giving you two different levels of interaction, the private and the public.
In many ways, maybe this is one of the ways multiculturalism works. We recognize and respect difference, people live in peace with each other and overlap as and when. In the end we all live in our own tribes, be it by income, age, ethnicity, subcultures.
So I decide to photograph the different ethnic groups in there tribes, time didn't permit me to explore the mixed space of work and the city centre. 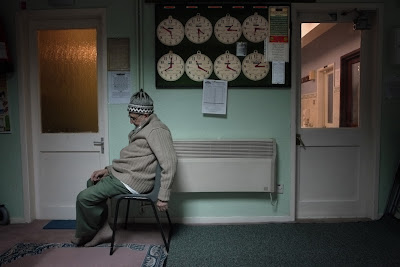 Later this year the 2011 census data will come out, so it will be interesting to see if Leicester is the first Non White City in the UK. 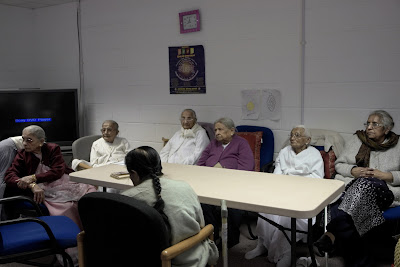 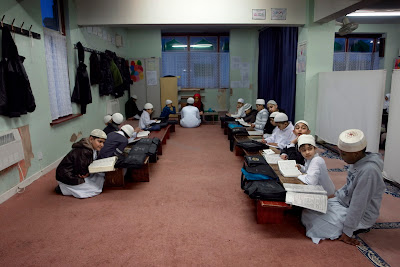 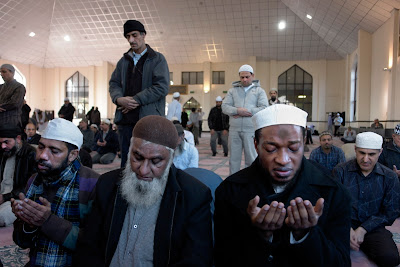 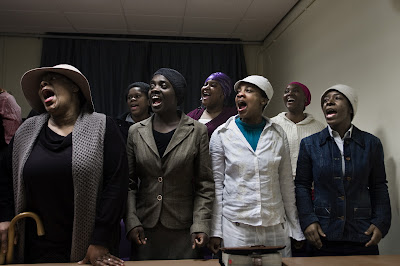 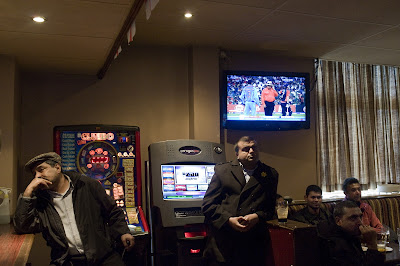 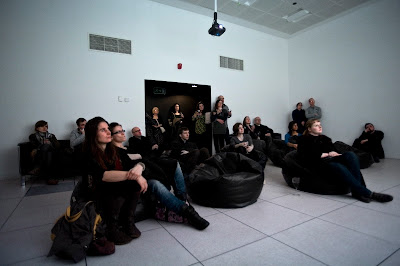 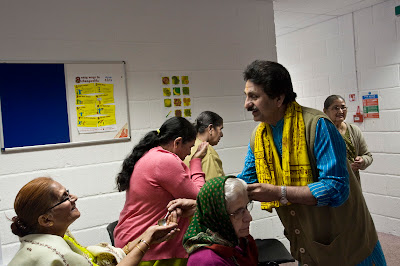 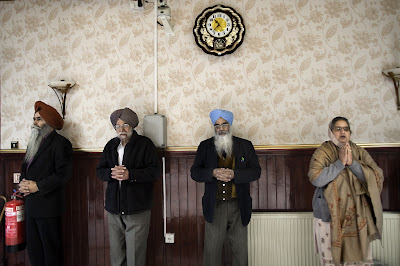 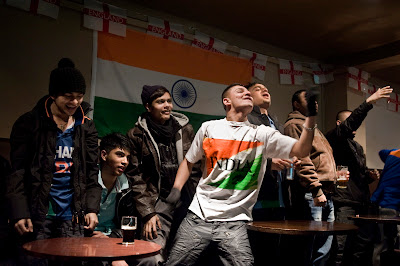 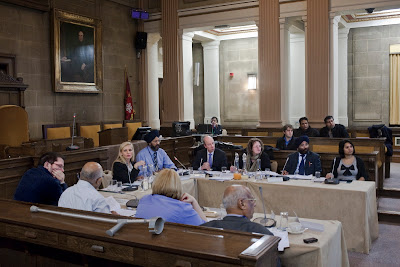 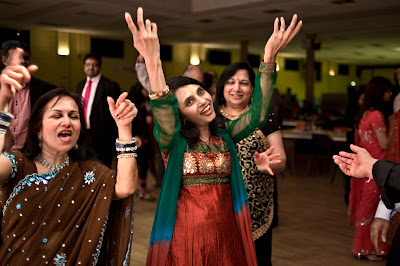 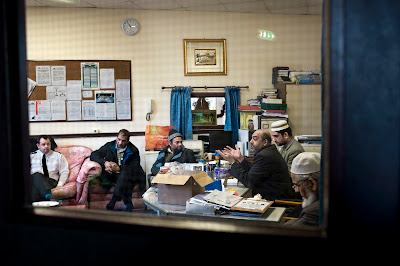 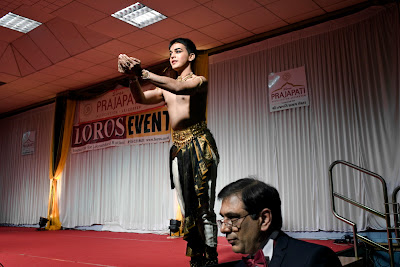 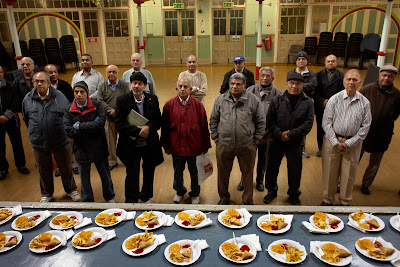 A beautifully shot video by an old friend, Antonio Olmos, on Simon Norfolk photographing and speaking from Afghanistan.
I love the sense you get of Afghanistan through this video.
It contrasts really well with the very precise and intelligent way that Simon selects and photographs his project.
The work from this video, Burke + Norfolk: Photographs From The War In Afghanistan is on show at the Tate Modern until 10/07/11.