BY FELICIA FEASTER - FOR THE AJC

British photographer George Georgiou documents a world of dramatic contrasts. In his images old churches are set against the metal cafe tables of an al fresco restaurant. His photographs of modern Turkey juxtapose ancient mountains against Lego-housing blocks the color of Lifesavers — old and spanking new clashing at every turn.As he says in text accompanying his show “Fault Lines/Turkey/East/West” at Jackson Fine Art, “a struggle is taking place between modernity and tradition.” He records the unusual circumstance of Turkey, not only geographically set between Europe and the Middle East, but also spiritually, as it navigates tradition and progress. Georgiou spent five years living in the country and collected his images of Turkey in the book “Fault Lines/Turkey/East/West,” a portion of which are on view at the Buckhead gallery.
In “Hakkari” (2007), a cosmopolitan-looking man in a suit hoses off his building’s balcony, a contemporary hero far above the fray. Below him lies the frantic, timeless pulse of the city’s street life, flanked in the distance by the ever-present mountains that factor into so many of Georgiou’s photographs. You get the sense of one world defined by iPhones and the latest Beyonce track coexisting with a landscape that will outlive this and many other generations.
Urbanity seems like a facade that could be easily swept aside in a dust storm. At a seaside war memorial in “Mersin” (2007), a fighter jet has been defaced with graffiti, and an array of ordinary Turks pass by the monument, caught up in their own realities. There is a desolation in many of these city images — you realize how attuned the Western eye is to advertisements and embellishment and how absent that visual clutter is from these images.
There is very little in the way of decoration or ornamentation in the Turkey Georgiou documents. Even the clean new apartment buildings that have been built to accommodate the rapid influx of villagers into the city are surrounded by dirt roads and newly planted saplings that attest to the rapidity of change here. The way he shoots the landscape is dramatic — the mountains, sky and sea surround the land, giving an impression of something eternal coexisting with the transient.
Photographers are of course drawn to such moments of conflict and paradox. They make for thrillingly alive and rich images. And there is something undeniably arresting, even magical in Georgiou’s images. He certainly understands the power of those sorts of juxtapositions, as when he sets a ramshackle three-wheeled vehicle with a canvas roof flapping against the wind, against a development further down the dirt road of towering housing blocks. It looks like a Terry Gilliam futurescape — some fantastic vision of what could be, though in the case of Turkey, it is also a portrait of what is.
The photographer’s portraits are just as arresting. He captures people on crowded city streets and seen at a low angle, against vast grey sky. With this dramatic perspective, his figures become almost sculptural, like the iconic statuary in a Communist country’s city squares. The people themselves are emblematic of Turkey’s stark contrasts of old and new, East and West. Older men in ill-fitting suits and out-of-date haircuts coexist alongside the international hipster set decked out in the facial hair and red lips of a Benetton ad. But all of that diversity unfolds against a backdrop of silt skies and dirt roads, which gives the whole endeavor the attitude of an old Hollywood Western town on the cusp of some massive change.
Whether in his landscapes or portraits, Georgiou has a way of wrapping his subjects with devouring expanses of space — lots of sky, mountain ranges and long dusty roads that emphasize a feeling of loneliness that weighs heavily in his photographs.
Posted by InTransit at Monday, April 15, 2013 No comments:

I will be exhibiting at Jackson Fine Art in Atlanta, GA 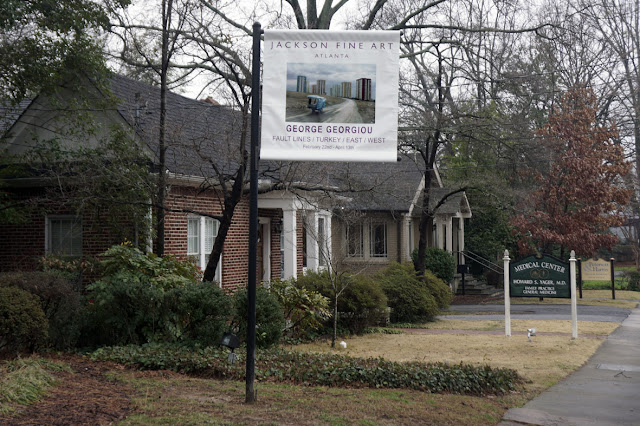 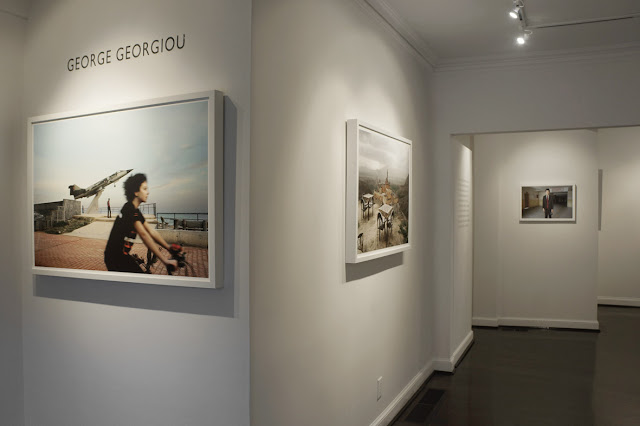 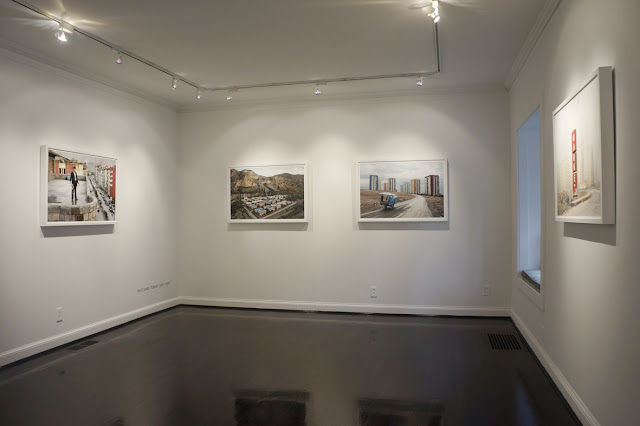 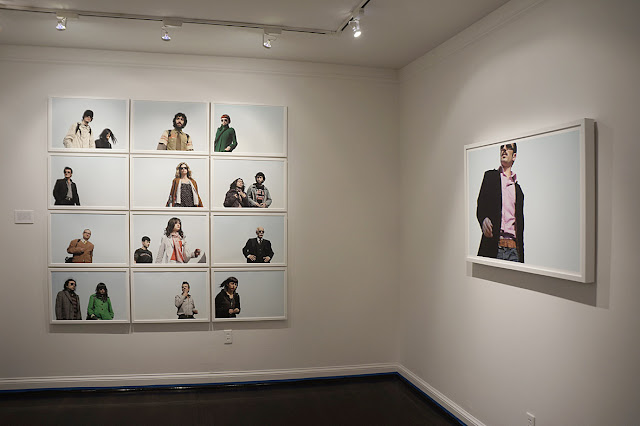 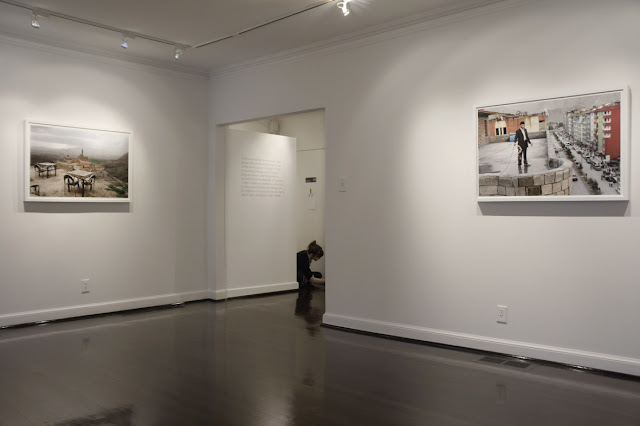 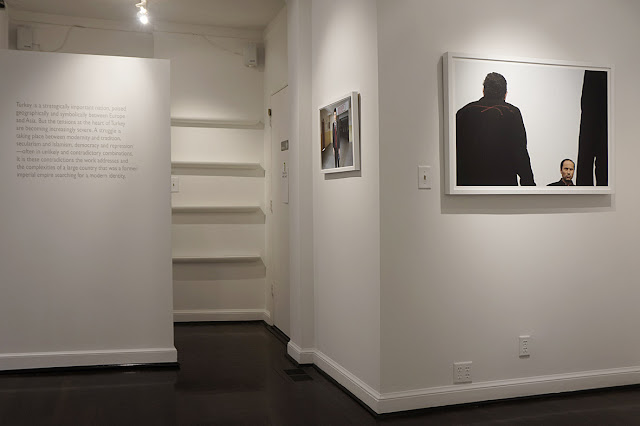