New Blog site for the next year

I will not be posting very often on this blog site over the next year as I will be going a new blog with Vanessa on our travels through the USA.
We are going to attempt to keep a daily stream of posts of our encounters, through text, photos and video.

A brief intro to the blog below and the link

The Map is Not the Territory

Vanessa Winship & George Georgiou
An Exploration of the USA by car, by plane, by train, by bus by foot ....

The title for the blog came from an email conversion I had with a friend as we were preparing for this extended  project into the USA. 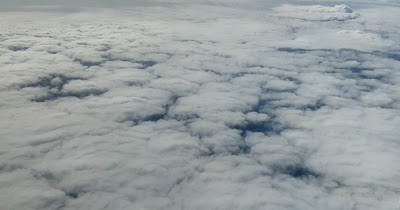 ME: So I try to prepare for this big trip to the States, it seems like a strange thing to be doing now...
I have a huge wall map to make it feel more physical ..but I don't have a free wall to put it on so I must grapple with it on my desk, I'm partly trying not to spoil it, but at the same time I want to spread it out on the floor and tread on it and get it over with...

C: I understand, it is a weird feeling for you to prepare your travel, a big movement when everything already moves around.
I like so much the way you talk about your huge wall map. Do you know this expression "The map is not the territory" ?

The father of general semantics, Alford Korzybski stated, "A map is not the territory it represents, but if correct, it has a similar structure to the territory, which accounts for its usefulness". What this means is that our perception of reality is not reality itself but our own version of it, or our "map".

No two people can have exactly the same map.
So here we are, 2 photographers, 1 car, same journey, 2 visions.
Posted by InTransit at Wednesday, October 12, 2011